Anita Edwards Engiles passed on Tuesday, February 26 in Portland, Oregon after a year long battle against leukemia. Anita spent most of her professional life working as a mediator, helping to broker equitable solutions to difficult problems for parties who otherwise treat each other as adversaries. Perceived to have infinite energy, Anita also dedicated time to: nurturing her lush backyard garden, traveling (for work, vacation and family visits), building community, fighting for justice and engaging in deep conversation.

If you have a remembrance or photos of Anita that you would like to share, or would like to send cards or flowers to the family, please let us know at OMA@ORMediation.org.

There will be a celebration of life for Anita on Saturday, April 20th. All are friends from around Oregon are welcome.

The formal remembrances will begin at 1:30 pm, with coffee and cake to follow, and end by 4:00pm. 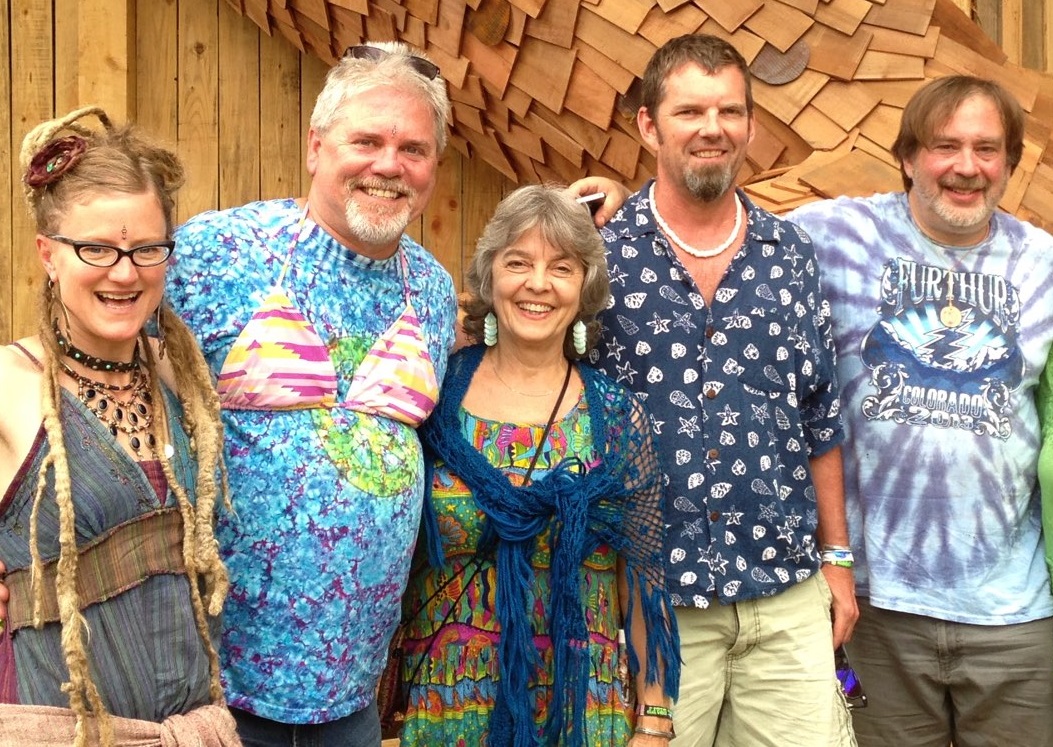 CDR (the Center for Dialogue and Resolution, in Eugene, Oregon) will be celebrating the 40th anniversary of its founding in two years.  It was named Community Mediation Services for most of that time, but for its first year or two it was called Community Boards of Eugene.  And that’s where Anita’s connection to this agency first began.   As the story is told, Anita had recently graduated from law school at the University of Oregon.  It was late 70’s and early 80’s at the time.  The Iran hostage crisis was going on and Ronald Reagan had just been elected President.  Anita had become disillusioned with the law, and rather than take the bar exam, she instead joined up with a number of her friends from law school to talk about mediation.  The Community Boards of San Francisco had formed in 1976 and was having a big impact using a special model of mediation that they had developed for helping neighbors to resolve conflicts.  These young law graduates from Eugene connected with the founders of the San Francisco agency and made arrangements to be trained in this special model.  A short time later, they all started a small non-profit in Eugene and began offering mediation and conflict resolution training to the community, and we have been doing that ever since.  Through the years, many volunteers have come and gone, but Anita was the only volunteer to stay connected with the agency for that entire time!   She mediated countless cases for CDR, trained hundreds of new mediators, served on the CDR board of directors, donated to CDR every year, and mentored an untold number of volunteers and staff members at this agency that she loved so much.

When I first met her about a dozen years ago I was immediately struck by her boundless energy and enthusiasm for life, coupled with a serenity that could put anyone at ease.  She was always so grounded.  Another friend, Anne Bonner, said of her, “She had stove pipe legs that drove right into the earth, and deep and wide-open eyes, ever present and delighted in whatever moment she was anchored in.”   She was such a generous person, with her time, her garden bounty, her many gifts.  She ended almost every letter or email with “Hugs, Anita.”   She was always the very last person to leave any party or fundraising event we held, partly because she loved connecting with her friends, but also because she wanted to help clean up!

She didn’t look like a hippy, at least when I knew her, but she was a hippy at heart.  She was the consummate recycler and her goal every week was to not have any trash in her trash bin, and she often succeeded.  She also loved the Oregon Country Fair.  When most 70 year olds are thinking about camping, they are thinking about a well-stocked cabana or perhaps an air-conditioned RV and going someplace quiet and peaceful.  But not Anita.  Every year at the country fair she would camp in the Community Village, the heart of where hippy culture lives on in the PNW.  She slept on the ground in a little tent, amidst a plethora of music and drums and fire dances and merry-making.  But even while enjoying herself at the fair, she was still volunteering.  She was a founding member of CeDaR, which is CDR’s pseudonym for the mediation team that provides free mediation to any of the 16,000 volunteers that put on the fair.  The attached photo shows her and a few other CeDaR members in front of our mediation and empathy listening booth in the Dragon Plaza a few years back.  And as usual, Anita is at the center, joyous as ever.

Thank you for honoring such a unique spirit who, in her own beautiful way, shaped and reflected the heart of Oregon’s unique community of mediators.  I join countless others who were touched, and forever changed, by Anita. Although I moved from Portland to St. Paul, MN more than 20 years ago, my own heart has never left the PNW and I continue to be influenced even today by her way of being and the qualities of the community Anita so deeply influenced.

Anita was, and will always remain, an embodiment of why the Oregon mediation community is so special. Her presence was at the same time in-the-moment and timeless. She was humble and yet transcendent. She would walk through the fire with anyone, while always carrying a sparkle of joy and optimism about human capacity and connection.  Like so many others, I always felt a little more grounded and hopeful at the sign of her arrival in her old yellow VW beetle.

My hope is that her spirit will live on in the community she helped nourish. In that way, those who follow can continue to be sustained by the deep and clear values and presence she so fully embodied.

Conflict is a natural part of life. Managed correctly, conflict can positively transform lives and relationships. Mediators are trained to understand the source of conflicts and identify a path away from adversarial positions toward positive growth and change. Mediators create a safe space to have difficult conversations. The Oregon Mediation Association works to build greater awareness of mediation as a useful conflict management tool.

OMA in a Nutshell

OMA is a network of practitioners and supporters who are committed to the development, support and advocacy of mediation in Oregon.

OMA's mission is to help Oregonians transform the way they confront and resolve conflict in their personal lives and in their communities.

Click to Join! We welcome you to our vibrant community.